The Reality of Online Dating in the UK

A recent survey on online dating statistics revealed that an estimated 20% of UK relationships begin online. It’s a testament to just how far the world of online dating has come in just a few short years. Back in the early 2000’s when websites like OkCupid and eHarmony first launched, the idea of meeting a partner through the Internet seemed like a strange and even embarrassing proposition. At the time, these forums were seen as the digital equivalent of Lonely Hearts adverts, a last resort for the desperate and socially maladjusted. Tack on the general scepticism surrounding the Internet at the time, and you can see why many people hid their online dating profiles from friends and family.

But how things have changed in the ensuing decade; the UK now boasts 42 million social media users and at least 53 million smartphone owners, and with those figures has come to a drastic seachange in the way people interact. Today, text messaging through apps like WhatsApp and Facebook messenger is comfortably our most popular form of communication. Modern Brits also feel far more comfortable sharing their personal information online, which removes one of the main barriers that stood in the way of online dating.

With these sorts of trends, it’s clear why online dating has grown into a massive £225m industry. Today, a slew of dating apps like Tinder and Bumble have become an accepted part of our daily lives. A study from HTC revealed that at least a quarter of Britons maintained active profiles on these apps, even when they currently admitted to being involved in relationships! It’s not just teenagers and twenty-somethings who are getting in on the act either, the fastest growing market of online daters is actually 55-64-year-olds. In fact, dating website eHarmony predicts that more than 50% of all UK relationships will begin online by the year 2031.

How Online Dating is Changing Relationships

Traditionally, the most common way for people to meet their partners was through loose ties in your social network. In this case, loose ties refer to people who were adjacent to your core group of friends and family without actually being counted amongst them. Think of your best mate’s work colleague who you introduced to at a birthday party. Because we tend to socialize with people who grew up in similar circumstances to us, this method of dating generally limits your dating pool to people from similar ethnic and economic backgrounds.

Online dating is changing all of that, research from Josue Ortega at the University of Essex shows that online dating introduces a number of new random links to our social networks. As a result, the number of interracial and cross-cultural marriages has increased drastically since the launch of the earliest online dating website Match.com in 1995, and again with the launch of the first big mobile dating app Tinder in 2014. While Megan and Harry might not have met through Tinder, their marriage is indicative of a growing trend in the wider culture.

In an online world characterized by casual encounters, it might seem counter-intuitive to suggest that these relationships could actually last longer than so-called traditional couplings, but the statistics seem to bear that reality out. Further research from Ortega, shows that at least a third of all marriages now begin online, and data from the National Academy of Sciences shows that these marriages are actually less likely to break up within the first year with partners showing higher rates of individual satisfaction.

A big part of this shift, can probably be explained by the fact that people feel a lot more comfortable being themselves online, in turn this allows potential partners to get a far better sense of who you are and what you desire. The result is a relationship that’s built on a clear foundation of trust and honesty.

Life After Dating – Post-Divorce or Widowhood

Is An Affair The End?

I booked TJ’s “Weekend With The Love Coach Programme” and have since followed up with her Cognitive Hypnotherapy sessions. When I booked the weekend with TJ I was expecting it to be good. It was not just good, it was life changing and truly amazing. It has helped me to grow personally in big steps in just 3 months. It triggered life changing revelations. I was already seeking to make changes in many areas of my life and her coaching provided me with that final push.

In general, I am more at peace with what is and I am less scared of what lies in the future. Through her Cognitive Hypnotherapy work I was also able to let go of some traumatic past experience, which always used to hold me back from progressing in life and love as they caused a lot of anger inside me.

I dont know what else I can say other than to say Thank You TJ from the bottom of my heart and that if you know you need help too, I so recommend taking the first step and booking a session with TJ. read less 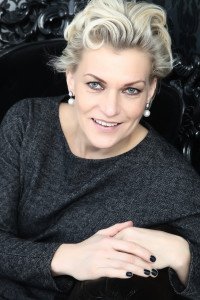