Am I Being Manipulated? 7 ways to spot gaslighting.

Is there someone in your life who is trying to negatively influence your emotions or perception without you realising?
In the 1940’s Ingrid Bergman classic, Gaslight, a young woman unknowingly falls victim to the insidious mind games perpetrated by her own husband in an attempt to steal her inheritance by having her sectioned. Whilst this represents a rather extreme case of this damaging and often very subtle form of emotional manipulation, the term ‘Gaslighting’ was added to the Oxford Dictionary just last year – suggesting an alarming volume of people having found themselves on the receiving end of it.

What does gaslighting look like, and what are the signs we should look out for in our own relationships, or those of our friends and family? It is important to remember that, just like physical abuse, emotional abuse can be perpetrated by both men and women, and in all kinds of relationships, whether romantic, work or friendships.

Here are some of the biggest red flags experienced in the majority of ‘Gaslighting’ relationships:

1. Their ‘jokes’ feel a little too real sometimes

Teasing is a healthy and intimate part of a relationship. The ability to gently poke fun at your partner indicates that you are comfortable with them, that they know you’d never be unkind with their jokes – and vice versa. A gaslighter will often make hurtful remarks out of spite, and – when challenged – will tell you that they were joking and you’re just being too sensitive. They weren’t joking, and you’re not being sensitive.

2. They’re never in the wrong – even when they are

Gaslighters hate feeling that they are wrong about something, but you’ll never hear them apologise. In fact, they will probably try and make you apologise for something ludicrous to take the spotlight off them, often by causing you to feel guilty.

3. You feel like you’re treading on eggshells around them

You dread coming home/going to work, and you dread conversations with your gaslighter even more. They seem to pick apart everything you say, and you often find yourself defending your thoughts, opinions and experiences. You’ve only noticed them to do this with you.

4. They project their emotions onto you

When they are having a bad day/things aren’t going their way, do they take it out on you? Gaslighters are notorious for picking fights in order to feel like they’re in control in at least one area of their life.

5. They know your biggest fears and goals – and they use them against you

A person who loves you will want the best for you. It might sound cliche, but it’s true. The majority of gaslighters are very clever and perceptive, and they know which buttons to press to elicit their desired response. This could take the form of threatening to leave, making noises about sacking you over something negligible, or giving you the silent treatment simply because they know you hate it.

6. You’re beginning to doubt yourself

Do you feel like you’ve been dropping the ball a lot, but you’re not sure why? Do your exchanges with your gaslighter seem to go in circles, leaving you feeling confused and exhausted? No, you’re not imagining things. One of the reasons that gaslighting relationships are so dangerous is because the constant manipulation and put-downs erodes their victim’s self worth, causing low self-esteem and negatively impacting upon other parts of their life.

7. It hasn’t always been this way

Every single former gaslightee I have worked with has said the same thing: “I don’t get it – everything was so great at the beginning,” or “We had such a great working relationship at the start.” Unfortunately, that’s a key part of the gaslighting process; the gaslighter needs you to feel fondly for them and trust them before they can begin to manipulate you. Once they sense that you’ve let down your guard enough, the gaslighting techniques will begin. These include:

If, having read this blog entry, you feel you need to talk things through with someone and seek advice, please get in touch with The Love Coach team as soon as you are able, and you will be guaranteed immediate advice from one of our professionals. Sessions can take place via email or telephone, offering total subtly and discretion during the processing period. Click HERE to book your Short Consult Session.

Look after yourselves,
TJ x

Life After Dating – Post-Divorce or Widowhood

Is An Affair The End?

We started with Love Therapy and for me, the Cognitive Hypnotherapy was key. Using my sub-conscious to understand my issues and start to heal me.

TJ has also done Love Coaching with me. I wasn’t sure how much I would learn or be able to take and use in ‘real life’ but it has given me an insight into myself, my past and a promising future that I never expected. I know what my Soul wants now and how to recognise him when I meet him. I won’t be making the same mistakes I have made time after time.

Through TJ’s Life and Love Coaching I have changed in so many ways and all for the better. I am still me, but I am a new, improved me. Six months ago I thought I would never feel happy or positive again but I do, and I have my self-confidence and self-belief back which are so important for me.

I would recommend TJ to anyone who has realised they need help to understand themselves, and what they do, but don’t know where to turn. read less 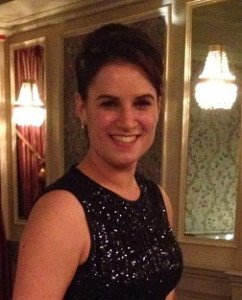